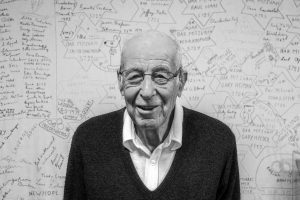 Born in Berlin in 1922, Dr. Miller has many happy memories of his early childhood. As an active youth who enjoyed sports, he remembers the day he was no longer allowed into his favorite recreation center because Jews had been banned from the facility. Many of his childhood friends joined the Hitler Youth and stopped being friends with him. An enthusiastic student, he became the last Jewish student in his class to continue to attend school until it was too unwelcoming for him to stay.

In 1936, Dr. Miller was present at the infamous Berlin Olympics where Jesse Owens won four medals. As German Jews faced increasingly difficult conditions, his family arranged to leave the country and resettle. Dr. Miller was sent to Switzerland in 1937 and was separated from his family. His brother was sent to England and his parents remained in Germany and endured Kristallnacht. The family was eventually reunited in England before immigrating to America in 1939. Dr. Miller settled in Hamilton, Ohio where he practiced optometry until his retirement. 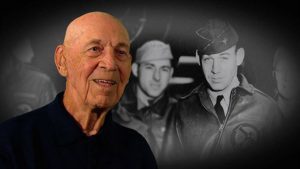 On April 18, 1942, eighty men took off on a top-secret mission to bomb Japan. The mission was thought to be impossible. These men, led by Lt. Col. James H. Doolittle, came to be known as the Doolittle Tokyo Raiders. Today only Lt. Col. Doolittle’s co-pilot Lt. Colonel Richard Cole survives. In honor of the 75th anniversary of the Doolittle Raid, Lt. Col. Cole will share his story at Boone County Public Library, 1786 Burlington Pike in Burlington, on Wednesday, April 19 at 1 p.m. and again at 6:30 p.m.