Scientists Find That Prayer Has a Power To Help Us Resist Temptation, Increase Our Self Control, and More!… 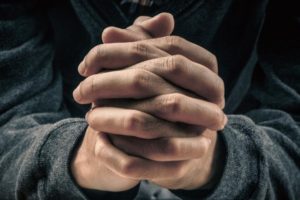 Religious traditions across the world display beliefs in healing through prayer. The healing powers of prayer have been studied by Prof. Malt Friese and Michaela Wanke. They suggests that even non-believers can get in on the action. In the issues of the Journal of Experimental Social Psychology, they present evidence showing how and why prayer might increase anyone’s ability to resist temptation. Communing with a higher power increases self control. The authors propose that the source of such control might not be supernatural. Instead, it might come form something more earthly. Something accessible to even the most devoted atheist: Social Connection.

Although science is ill-equipped to prove the existence of God, scientific research does show that prayer works. Regardless of God’s existence, elements of prayer are universally valid – across various religions, traditions, and practices. The act of prayer itself has beneficial physiological effects. The authors in their study of prayer power call it the strength model of self control. Cognitive resources refers to the idea that a person has a certain cognitive capacity, which can be used for carrying out various tasks, the strength model suggest that our cognitive resources, like our physical resources are limited. We run out of gas. So how do we increase our cognitive endurance? Gatorade and pasta? In all seriousness, the ingestion of glucose can indeed help self control but the scientist here proposed that prayer might be another way we can protect the breakdown of will. Previous studies have shown that religious words like God, or divine buffer people against the effect of cognitive depletion.

The author made use of two experimental paradigms which is a model of research that is copied by many researchers who all tend to use the same variables, start from the same assumptions, and use similar procedures. Those using the same paradigm tend to frame their questions similarly. The first paradigm used was called an emotion suppression task, simply asked the participants to watch a funny video but stifle all emotional responses, verbal and non-verbal. This requires a good amount of cognitive energy to pull off successfully. The second, called a stroop task, asked participants to indicate the ink color of various words flashed to them on a computer screen. The trick is that the words spell the names of various colors that are either consistent or inconsistent with the ink they are to identify. The inconsistent word/ink items are harder to respond to than the consistent items. Researchers found that after cognitive depletion, this task becomes even harder. So, the authors had an elegant methodological question: will people who pray be able to avoid the depleting effects of emotion suppression and not show a deficit on the stroop task? Will prayer give them the cognitive strength to perform well on both these challenges?

Why? The authors tested several possible explanations, but found statistical support for only one: people interpret prayer as a social interaction with God, and social interactions are what give us the cognitive resources necessary to avoid temptation. Several past studies indicate it is widely accepted that social engagement is related to many positive outcomes. People with more social ties have been found to live longer Antonucci, 2001; Bowling and Grundy, 1998), to have better health Berkman, 1985; Vaillant, Meyer, Mukamal, and Soldz, 1998), and to be less depressed (Antonucci, Fuhrer, and Dartiques, 1997). The studies prove that even brief social interactions with others can promote cognitive functioning, and the same seems to hold true for brief social interactions with deities.

From a scientific perspective, if prayer is indeed considered to work, thought should also be given to the possibility that it may not require a deity. It may, instead, invoke some hitherto unidentified mental energy that has healing power. If so, might prayer be more effective if those who pray are in closer proximity to those who are being prayed for? Might the direction in which persons face (while praying) matter? Might the assistance of the physical sciences be required to identify the nature of the biological energies at work?

These Results and Prayer Shouldn’t Alienate Believers or Non Believers

This does not rule out the possibility that prayer has other effects on resisting temptation, and the spiritually inclined could see the hand of God as another causal factor here. It reminds us that we derive so much of our day-to-day strength through interacting and connecting with the people around us.

We Help Clients Assert Self Control Through Our Mindfulness Classes

Mindfulness meditation is the art of paying attention, of listening to your heart. Rather than withdrawing from the world, mindfulness can help you enjoy it more fully, effectively and peacefully. Each class is a combination of practice, instruction and group discussion in a supportive environment. Our instructors have years of experience practicing and teaching mindfulness and come from professional fields that include education, medicine and mental health.
>> Upcoming Mindfulness Classes 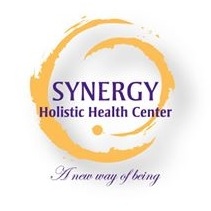 SYNERGY Holistic Health Center supports you in your journey towards health, happiness, and wholeness, and to provide a safe space for that transformation to unfold. Our commitment is to honor you and your choices, and to provide guidance, education, and skills to support your goals so that you can experience your optimum health and highest personal potential.
> Learn More